As global innovates continue to substitute old habits with electronic devices to serve as alternatives to these practices, we find ourselves to have a change in behavior. Take, for example, smoking. Back in the day, people would smoke tobacco or even cigarettes to relieve stress and anxiety. But today, e-cigarettes have become a trend in the past decade, and now, people are transitioning their smoking habits to vaping.

Vaping is one of the many ways for them to stop smoking cigarettes. According to the World Health Organization, there’s been a spike from seven million vapers to 41 million from 2011 to 2018. Now that’s just one of the random facts you know about it. People are transitioning from smoking to vaping because of their “healthier alternatives.

If you want to read more mind-blowing facts then check out these random facts that will truly make your mind explode.

And if you’re tempted to start vaping instead of smoking, to relieve your nicotine craving and eventually stop smoking at all, then be our guest. But first, get to know some random facts about vaping that might surprise you. Electronic cigarettes give you full authority on how much nicotine you take. The E-juices are available in different kinds of strengths, and it may range from zero nicotine to something with really high nicotine content.

You can exactly choose how much nicotine is in your electronic cigarette, that is if you decide if you want any. Well, most people who are using this type of alternative, start with a high amount of nicotine, and slowly work their way down to something with lower levels, or knocking it off completely.

Less Dangerous Than Cigarettes, But Still Not Safe

The Royal College of Physicians, which is a reputable institution that represents over 35,000 doctors, has stated that vaping is 95% safer compared to smoking traditional cigarettes based on their substantial research.

An electronic cigarette heats a lot of chemicals to create an aerosol that you inhale. A regular cigarette has 600 ingredients and 7,000 chemicals when it is heated, which are all toxic to the human body. Many users may even get more nicotine than they usually would from a traditional tobacco cigarette. One of the advantages of using electronic cigarettes is that you would not smell of smoke. Using this type of smoking device might give off some aroma from the flavors it is using, but it’s a different type of smoke from using traditional cigarettes.

To other people, the smell of the vapor is hardly detectable, and might even get compliments on the aroma. Even if you’re vaping the flavors such as the tobacco, it won’t smell like the actual traditional cigarette.

There are a lot of various information out there when it comes to using electronic cigarettes. You might have encountered something over the internet that talks about the health benefits of vaping, and at the same time seeing something on the news that talks about its hazardous effects. We hope that these facts have enlightened your perspective on vaping and it’s advantages and disadvantages. 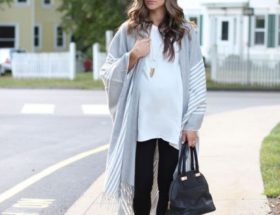